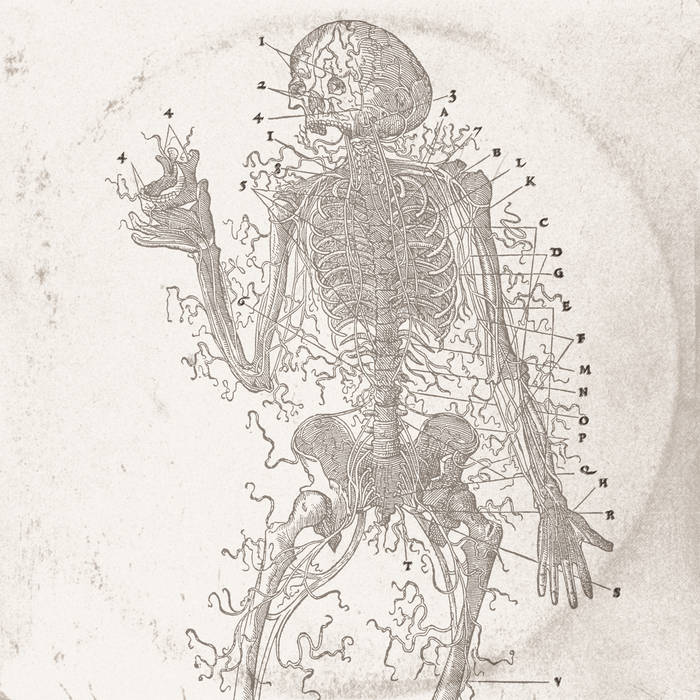 Desolation: total, utter, without remit. Departure, loss, absence, yawning valleys of noise. The overture moans from the terminal ward. The humiliation of the cadaver, the scouring of abandoned houses and rubbish heaps, a planet blasted by the fruits of hubris. The last sigh of bathos: "It is finished“.

Such is the subject matter and sentiment of this follow-up to the much acclaimed albums “Snowdrops From A Curate's Garden“ and „Towers of Silence“ which put Last Dominion Lost firmly on the throne of post-industrial music. “Abomination of Desolation” is consistent with their development into a dark and profound direction, and yet saturated with the noise and feedback that taps deep into the genre’s conscience: Metallic percussion and the screams of terror, ritual chants and anxious atmospheres, all used and abused in order to create the most accurate soundtrack of desolation.

By the fans, “Abomination of Desolation” will be met with mixed feelings – as recordings began with John Murphy in 2015 and through his untimely death that year had to be finished without him, the acknowledged grandsigneur of post-industrial music. The album’s theme and musical approach were originally intended by John for a KRANK release: An electronic album, reflecting on John’s experiences when he was first hospitalized, comatose, and hooked to a breathing machine which was constantly creating bizarre sounds.

The result stands as a brief and concise display of the group’s ability to create an unmistakable old school sound with contemporary production value. The album runs for ten tracks clocking in less than 40 minutes total and features new member Till Brüggemann (Gerechtigkeits Liga), as well as guests Nikolas Schreck, Lori Goldston and John Murphy’s beloved wife Annie Stubbs among others. With a firm electronic/analogue backbone, a delicate contrast of percussions of various origins and uncanny vocals, this is a truly dark affair, and while towards the end of the journey some more aggravating feedback loops crawl in, it never gets upfront aggressive.

With the crisp mastering job of Hunter Barr it is safe to say that “Abomination of Desolation” will not lag behind its predecessors at all, but forge their deserved status as genre icons.

“With the sheer glut of post-industrial albums being issued over the years, thankfully albums like this come along to clearly establish how things should be done, which is then based on the degree of professionalism applied to the writing, recording and production and which is further reflected in the graphic design and presentation of the sleeve. On all fronts, this is a clear highlight of 2017.”
(Noise Receptor)

“In Klarkash-Tons Prosagedicht 'The Abomination of Desolation'  heißt es: “Of this horror, many tales are told, and nearly all of the tales are different. Some say that the thing has neither visible form nor audible voice”, Last Dominion Lost haben dem Grauen eine mehr als adäquate Stimme gegeben.”
(African Paper)

“In the area of the dark experimental/industrial it is difficult to find more integral groups than Last Dominion Lost. (...) In comparative aspects, its sound aesthetic is close to the latest works of the missing Throbbing Gristle, especially if we look at such experimental examples as 'Journey Through A Body' (1982) or In 'The Shadow Of The Sun' (1984). ”
(No Melody)

“'Abomination of Desolation' affirms itself as a product from resolute icons of contemporary post-industrial, with one of the keenest ears in the genre for spacious, bass-heavy and yet very vivid separation and timbre-clarity in terms of recording and mixing.”
(Vital Weekly)