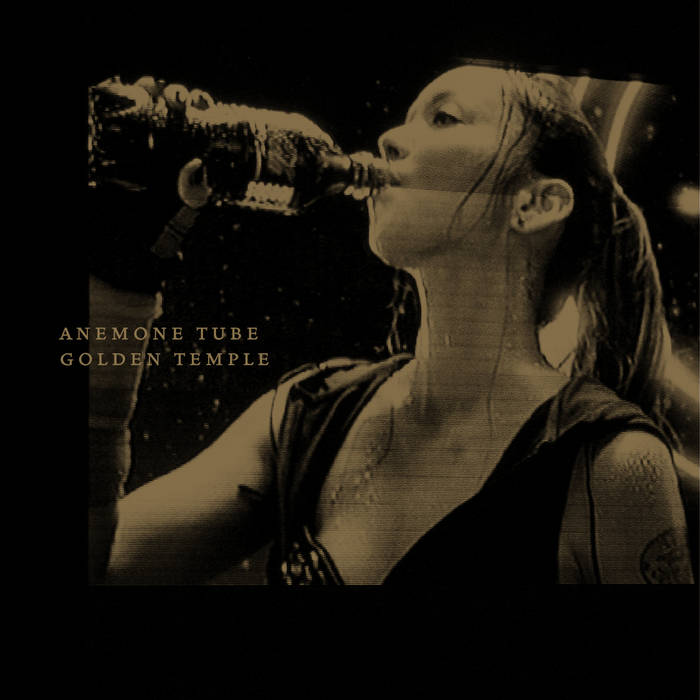 Michael Carter An amazing listening experience,it feels like a single piece of music,almost classical in conception,it seems to me.A total immersion and possession by another thought process.I am talking when I should be listening,a truly complete record.Forget genres!

All music recorded, edited & mixed by Anemone Tube, 2009 – 2015, with field recordings made in Tokyo, Kyoto, Nanjing and Shanghai, 2007/2009, synthesizer and feedback. “Tojinbo – Tranquil Sea of Equanimity” recorded, edited & mixed by Dave Phillips, 2014, with field-recordings made in Tojinbo and on the bus to Tojinbo by Anemone Tube, 2009.

“Masterpiece ... at this moment you can hardly find anything better in history of industrial/noise.” rating: 9,5 of 10
– DARK ENTRIES

”The album is as dark as the large intestine of the devil. Aggressive and fluctuating, mysterious (...).” Rating: 9,25 of 10
– MENTENEBRE

“(...) what does work best if I want to create something of raw power. The answer is simple: 'this'. Topped off with a great package, gold on black paper and a booklet of paintings and quotes, this is a rare thing these days.”
– VITAL WEEKLY

“Noting the sophisticated levels achieved on earlier Anemone Tube albums, both from conceptual and musical perspectives, ‘Golden Temple’ is a work which has exceeded the emotive heights of Stefan Hanser’s own rather imposing high water mark. (...) Anemone Tube have distinctive and individual sound which is essentially without comparison (…an equilibrium of structure & chaos and a balancing of harmony & disharmony). This album has been long awaited and is a veritable feast for the eye, ear and mind (...)”
– NOISE RECEPTOR

Anemone Tube’s third release of the “Suicide Series“ tetralogy is an immersive industrial music album and the most ambitious and complex work yet, a long-term project of no less than 6 years, pursuing a highly sophisticated approach full of cross-cultural and historical references. Painting a sonic landscape, “Golden Temple” is perfectly real and dreamlike at the same time, endorsing archaic, mythological and worldly ideals alike. Beauty and evil, the profane and chaos, apocalypse and hope – Anemone Tube keeps account and observes the antagonist forces of life.

Composed of raw urban field recordings collected in Japan and China, combined with layers of piercing feedback and sinister hovering synth melodies, “Golden Temple” confronts you with an all-embracing atmosphere of aggrieving darkness and glorious harshness, fathoming the possibilities of the genre. To ensure due impact, it has been sharply engineered to perfection by mastermind James Plotkin.

Pursuing radical psychological effects of sound, the 13+ minutes initiation “L`Homme Et Les Sirenes” is a mind-bending journey into the human psyche, a slowly emerging sinister landscape evoking man’s intrinsic imbalance with (its own) nature, followed by the noisy debris and crushing buildup of “Apocalyptic Fantasy” as well as “Tower Of Evil”, which is the central piece of the album, conceptually and musically, multi-layered and sample-heavy, related to Tokyo’s Roppongi Hills Mori Tower, which is regarded by natives as a symbol for the uninhibited commercialization of life. “Negation Of Myth” descends into a barren, metallic darkness, radiating an equivocal sense of melancholy, before “Sea Of Lights (Golden Temple)” ascends in sparkling brightness and divinity. The evanescent bleakness of “Anthropocene - The Dark Abyss Of Time” finishes the main part of the album on a perversely promising, almost calm, spiritual note. Under the heading “Arcadia – Dreamland And Myth”, which constitutes a coherent sequel to the album, Anemone Tube explores questions pertaining our longing for a return to the realms of myth and emotion. Whereas the sinister seething “I, Death, Rule Even In Arcadia” conjures up the dionysian reunion with the innermost depths of nature and chaos (by revisiting the sirens theme from the first track), the psychologically strenuous “Tojinbo - Tranquil Sea Of Equanimity“ composed by radical sound artist Dave Phillips (Switzerland, Schimpfluch-Gruppe), using field recordings of the country’s most notorious suicide spot, demands the ultimate choice: how far to go to find your peace of mind.

After the purely fantastic “Dream Landscape” conjuring up an apocalyptic vision and the dark, brooding landscape of “Death over China” slowly spreading as thick smog (as a consequence for China’s uncompromising economical and societal development creating irreparable environmental harm), the semi-fictional work “Golden Temple” is the series’ logical sequel. It suggests a (meta)physical landscape, here in form of global cities and metropolises proudly and brightly soaring in darkness, and bestowing golden radiance and divine beauty. With its alluring metaphorical world of images, signs and sounds it is the very symbol of our innermost longings, desires and fears and our attempts to escape from a disconcerting reality. The “Golden Temple” is comforting and threatening at the same time: consoling as it promises to reveal the secrets of beauty, threatening as it becomes a mirror of our secret death wish.

Strongly influenced by Pasolini’s cinematic masterpiece “Medea”, which evolves around the subject matters of estrangement from traditional values, the loss of contact with the mythical and the sacred in an increasingly rationalized and consumerist society, Anemone Tube brings matters to a head with an invocation of religiously charged symbolism, with the “Golden Temple” acting as more than a singular viewpoint, but as a meta-sign, functioning in its paramount acknowledgement and acceptance of complex, sometimes contradictory subject matter.

Supported by the use of ancient and contemporary imagery, literary and cinematic references reproduced in the lavish accompanying booklet Anemone Tube creates different narrative levels, juxtaposes contemporary western and long-standing Asian culture, plays with symbolic meanings and values – however, while doing so, never takes an unequivocal stand.

Anemone Tube with his varied interests and approaches always strives to present a holistic work of art, and “Golden Temple” works on many levels accordingly. The considered use of field recordings and samples, the arrangement of old masters’ paintings, contemporary photos and a variety of quotes from literature and movies – nothing is random, everything is part of the big picture. “Golden Temple” is a multi-facetted recording, absorbing and inspiring as well as a complex concept waiting to be discovered. Quality time lies ahead for those who get involved and visit the golden temple!