The Three Worlds - Allegory of Vanity 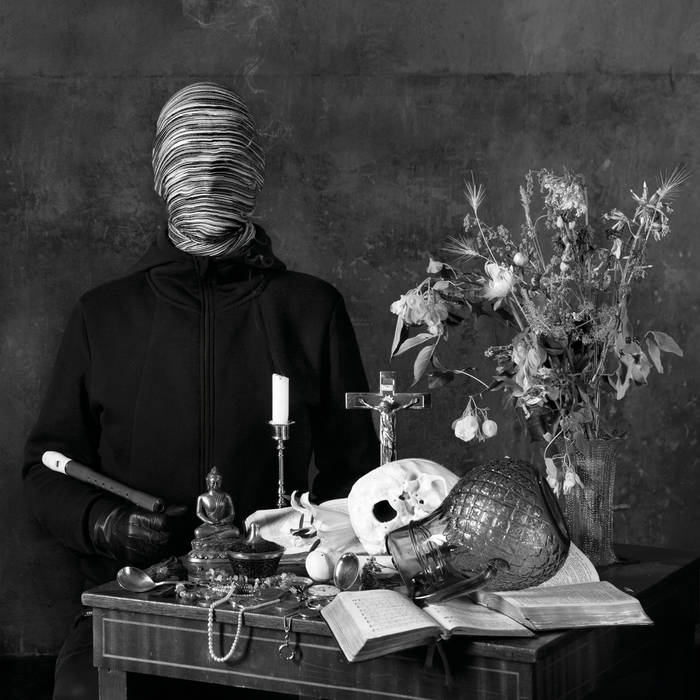 This extensive retrospective release contains selected tracks from various tapes released between 1997 and 1999 - mostly rare and unavailable today - as well as yet unreleased tracks recorded between 1997 and 2013, a.o. outtakes from the “Death Over China” recordings, handpicked and recontextualized by Anemone Tube, representing the project’s roughest and most atmospheric material up to date, ranging from depressive ritual experimental ambient over dark rhythmic industrial soundscapes to whirlwind noise. Sharply mastered by Hunter Barr for a powerful, contemporary sound, each CD comes in a 6-panel digifile featuring beautiful photography by Dario Lehner.

The still life composition of the “Allegory of Vanity” cover references an abundance of those symbols: jewellery, a pocket watch, a catholic hymnal, skull and bones, withered flowers, a tipped over jug of wine, an extinguished candle, etc. Two collaboration tracks with Yggdrasil from 1997, two from the “Allegories for the Future” cassette and an unreleased track from 1998 are a perfect representation of Anemone Tube’s early old-school industrial / power-electronics phase, and yet proof that both the musical approach and the topical background were already fully developed at that stage.