The Three Worlds - Vanity of Allegory 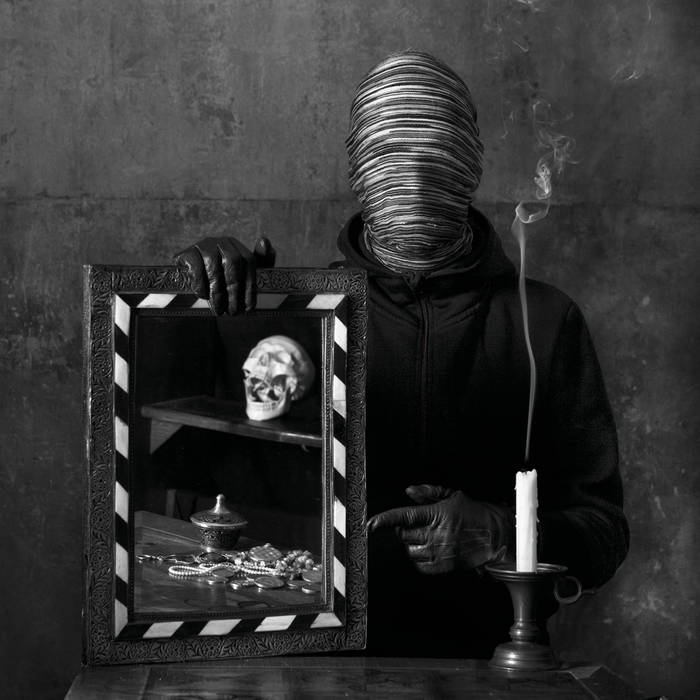 This extensive retrospective release contains selected tracks from various tapes released between 1997 and 1999 - mostly rare and unavailable today - as well as yet unreleased tracks recorded between 1997 and 2013, a.o. outtakes from the “Death Over China” recordings, handpicked and recontextualized by Anemone Tube, representing the project’s roughest and most atmospheric material up to date, ranging from depressive ritual experimental ambient over dark rhythmic industrial soundscapes to whirlwind noise. Sharply mastered by Hunter Barr for a powerful, contemporary sound, each CD comes in a 6-panel digifile featuring beautiful photography by Dario Lehner and is available as single CD as well as a limited edition 3 CD set in a lavish slipcase with poster, sticker and patch.

The object photograph “Vanity of Allegory” plays with the dissolution of all phenomena, the transience of all things, all allegories, featuring an extinguished candle, jewellery – and the artist himself, vacuously pointing his finger a skull laughing at the spectator from the mirror. All that is combined with poetry suggesting the dissolution of the ego, seemingly closing the circle. Besides collected tracks from old and recent cassette releases and compilations, this also features three unreleased tracks from the “Death Over China” recordings and therefore represents the newest cut from the trilogy and thus musically bridges the gap to the recent works of Anemone Tube with their profound depth and complexity of sound.

New sounds from Mavi, Ivy Sole & Moderator, plus AJ, the One joins the show, for her latest release