by Krank / The Grimsel Path 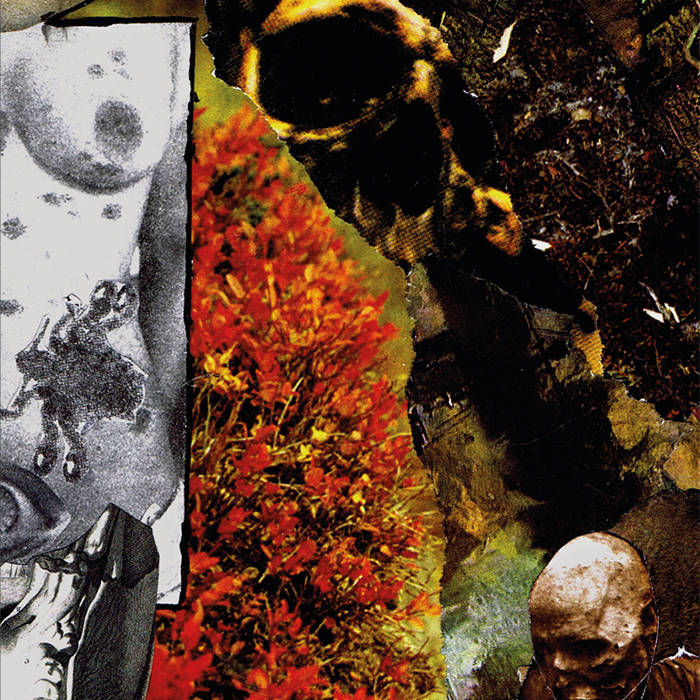 "NAOS Number 1" written, edited and produced by John Murphy and Till Brüggemann. Recorded in October 2007 and April/May of 2012. Final mix and editing by Till Brüggemann in London, June 2014.

Artwork by Kristian Olsson. Design by The Epicurean.
Limited edition of 100 copies.

KRANK, formerly also known as KRAANG in various spellings, is one of the main projects of prolific Australian drummer John Murphy (Shining Vril, Knifeladder, Last Dominion Lost, Ex-SPK). While doing percussion for a large number of bands on a regular basis, Murphy revives KRANK only in longer intervals, and shows up with a rare number of gigs and recordings. On this tape, which is the first official release by KRANK since the debut album “Chaos“ (Dark Vinyl, 1991), he shows that he is far more than just a percussionist, but also a virtuous sound manipulator and a master of sonic chaos. “NAOS Number 1”, which was recorded and produced together with Gerechtigkeits Liga`s Till Brüggemann in 2007 and 2012, is a twenty minute collage of abrasive noise particles, creepy voices and deranged fragments of percussion. In carefully chosen moments, the piece gives room to little islands of harmony, but at the same time avoids anything, that comes even close to a flow.

With their new project THE GRIMSEL PATH John Murphy and Jon Evans (Last Dominion Lost) team up again to further fathom their industrial roots. In the six fragmented tracks which were recorded live in Berlin 2012 a lot of sounds and structures echo the chaotic vortex of the longer KRANK piece – sampled sounds of dubious industrial origines, rudimentary beat particles, haunting voices and not at least a dark fatalistic atmosphere. Yet there is a subtle kind of order in every track, which makes this sonic journey more scenic and less unpredictable.

New sounds from Mavi, Ivy Sole & Moderator, plus AJ, the One joins the show, for her latest release