All My Sins Remembered - The Sonic Worlds of John Murphy 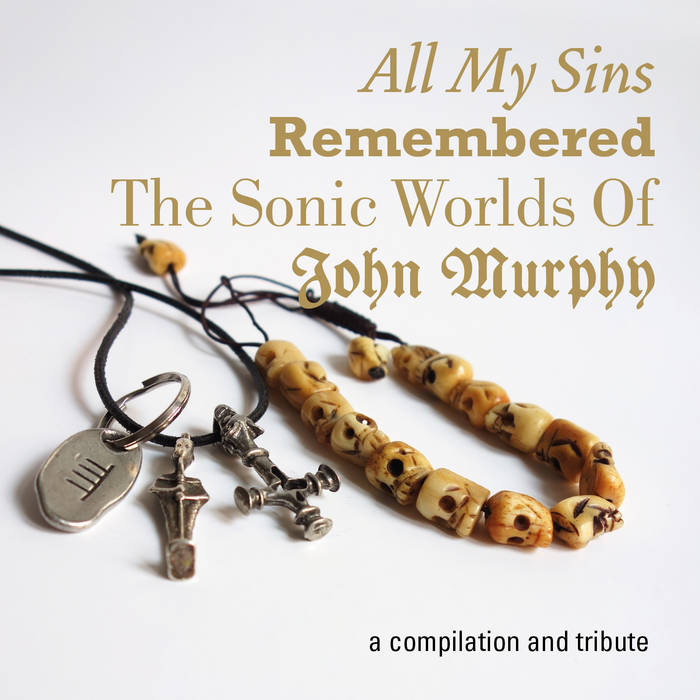 “All My Sins Remembered” is a tribute to Australian musician John Murphy, who died on the 11th of October 2015, and at the same time a charity project with all proceeds from the sales going to his widow.

John Murphy was an inveterate collaborator, contributing to the most high-profile bands of the industrial scene, not only because he was such a versatile musician of immense talent, but also because he was such a great collaborator. His warm-heartedness was the basis of decade-spanning relationships with prestigious musicians; his perfection and reliability in both composition and preparing performances was common knowledge; as a session drummer he would fit in organically with the bands that employed him. As a result, a large number of musicians agreed happily and instantly to become a part of this project.

With an enormous effort and the help of many friends we have put together this compilation, featuring the vast majority of the projects John Murphy was involved with – whether as a solo musician, contributor, full band member or session musician. Carefully curated and compiled, it follows the chronology of his career, starting with his high school band MANDRIX and following through all the way to his last studio recordings with LAST DOMINION LOST.

A major part of this compilation are tracks featuring John himself, a treasure of yet unreleased recordings with ASSOCIATES, SHINING VRIL, KRANG, KRANK, BROWNING MUMMERY, KNIFELADDER, SOOTERKIN FLESH, BLOOD AND IRON, WERTHAM, FORESTA DI FERRO and GERECHTIGKEITS LIGA, as well as rare collaborative tracks with LUSTMORD, NEWS, WHIRLYWIRLD, HUGO KLANG, MAA, ORCHESTRA OF SKIN AND BONE, SLUB, DUMB AND THE UGLY, VHRIL, BORDEL MILITAIRE and THE WALKING KORPSES. John Murphy’s performances can also be heard on exclusive live recordings of BLOOD AXIS, SPK, WHITEHOUSE, NAEVUS, NIKOLAS SCHRECK, MY FATHER OF SERPENTS & DISCIPLES OF NONE and MANDRIX, while newly recorded personal dedications (partially making use of John Murphy recordings) come from OF THE WAND AND THE MOON, DIE WEISSE ROSE, GENOCIDE ORGAN, ANDREW KING and DAVID E. WILLIAMS. Last but not least there are his last live and studio recordings from March & May 2015 with THE GRIMSEL PATH, ZEENA SCHRECK and his last main band LAST DOMINION LOST.

This box set is limited to 750 copies and comes in a beautiful design by The Epicurean: Lavish black cardboard folder with full colour & gold print, containing three CDs housed in cardboard sleeves and an extensive 32-page booklet with texts by The Epicurean, Andrew King, Alan Bamford and Jon Evans, allowing for detailed insight in the three distinct periods of John Murphy’s musical career, as well as publishing unreleased photographs from his friends’ archives.