Snowdrops from a Curate​`​s Garden 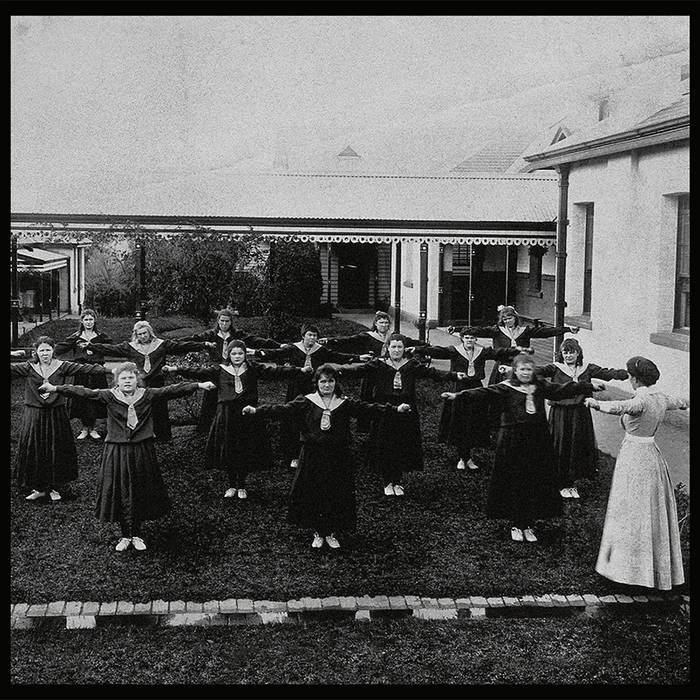 “Snowdrops from a Curate's Garden” is a 2011 live recording of industrial veterans Last Dominion Lost with all exclusive, unreleased tracks. Active since 1992, Last Dominion Lost feature legendary percussionist John Murphy (Shining Vril, Krank, Ex-SPK/Whitehouse/Current 93), John Evans and Julian Percy. Through their pedigree, Last Dominion Lost are considered to justifiably carry the legacy of the legend that is SPK - and that’s also by their sound, as they stand for an undiluted brand of industrial music, combining shuddering analogue sounds, clanging metal rhythms and feedback with ritual percussion & chants. On “Snowdrops from a Curate's Garden” the main focus lies on the hypnotic, ritual and mental aspects of music, with an omnipresent metallic percussive backbone. It comes as no surprise to find the group reveling in dark subject matter like psychopathology, debasement and religious deviation, to which they manage to deliver an authentic soundtrack.

The LP is congruously accompanied by authentic photographs of the infamous Victorian era Lunatic Asylums in Kew and Beechworth, Australia. Last Dominion Lost take an ethically moved stance, commemorating the fact that from its beginnings as a penal colony, the majority of the early white Australians were drawn from the classes of the poor, dispossessed and desperate, long known as factors that encourage depression, alcoholism and psychological ill-being. The process of transportation was attended by squalor, disease and rape. These damaged individuals were then thrust into a harsh and alien environment, housed in circumstances worse than a modern refugee camp, and expected to build their own prisons – circumstances that effectively made mental illness was one of the colony's very first imports. From there the dismal history of mental hospitals took its course, evolving from incarceration over therapeutic occupation to, ultimately, medication. It is the practice of oppressing those who cannot “conform” to the norms imposed by the system, the root cause of the underlying aggression with which the Australian general public treated each other, and still continue to do.

This live album has been recorded at Kalyug Festival, Berlin in 2011 and is perfectly mastered by James Plotkin, providing the album a sharp, forceful & modern sound. Thus “Snowdrops from a Curate's Garden” can be considered the missing link between the grainy, demo-type 1990s recordings that became “The Tyranny of Distance” (Tesco, 2004) and the enthusiastically received “Towers Of Silence” album (The Epicurean, 2014), which displayed a very contemporary, indicatory approach at that classic industrial sound.